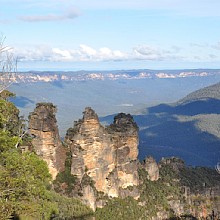 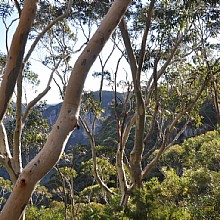 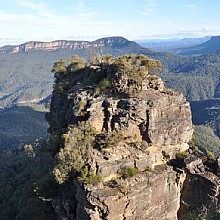 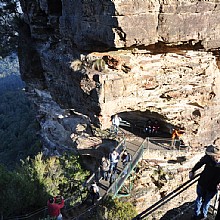 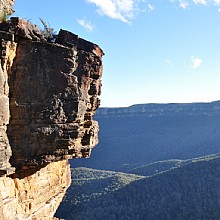 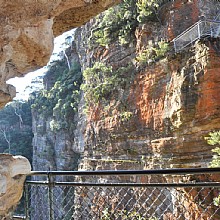 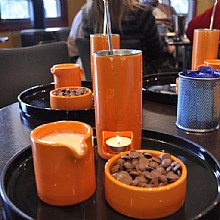 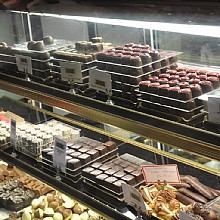 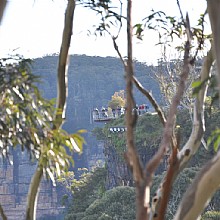 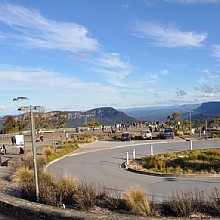 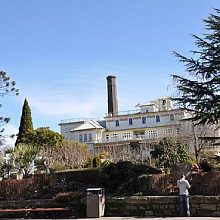 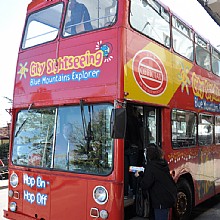 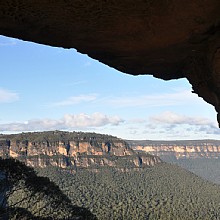 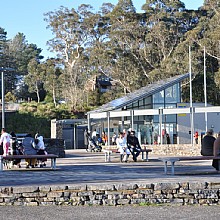 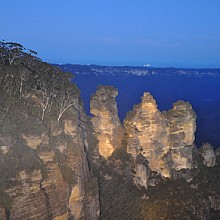 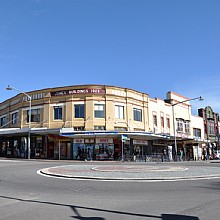 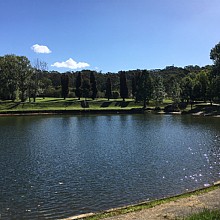 Katoomba is the most visited town in the Blue Mountains. It wasn’t until 1879 that the town of Katoomba became known when J.B. North opened the Katoomba Coal Mine. Coal was obtained from the side of the mountain near Orphan Rock using a cable car to bring the coal to the top. The now famous Scenic Railway operates in the original cutting in the mountain side.

The Scenic Railway is the steepest railway incline in the world and is now one of the most popular man-made tourist attractions in Australia. The ride takes you down the steep descent past Orphan Rock, through a tunnel and the beautiful fern-damp cliff face.

Also at the same site is the magnificent Scenic Skyway.The original Skyway was Australia’s first cable Skyway for passengers and was built in 1958. The new Skyway with a glass bottom floor, can carry up to 84 passengers across the Jamison Valley at a height of 200 metres. The views are breathtaking.

From Scenic World west along Cliff Drive you will discover Eaglehawk Lookout and Landslide Lookout. Nearby is the Katoomba Christian Convention Centre. Further along Cliff Drive take a walk to Narrow Neck lookout. You can also experience Cahills Lookout overlooking the magnificent Megalong Valley.

The Three Sisters at Echo Point

A visit to the Blue Mountains would not be complete without viewing the spectacular Three Sisters at Echo Point. Directions to the Three Sisters are well signposted. Either take Katoomba Street or Lurline Street to Echo Point Road. The Three Sisters is approximately 2.5 kilometres from the Great Western Highway or Katoomba Railway Station. While the Blue Mountains features so much more than this natural attraction you can’t help but admire the unquestionable beauty of this amazing rock formation.

The famous Giant Stairway is also found at Echo Point. If you are enthusiastic and energetic, you can take the 800 steps down to the floor of the valley. Katoomba’s Echo Point Visitor Information Centre is located at Echo Point where you can experience spectacular views as well as an up close view of Rosellas feeding on sunflower seed. The centre has many Australian gifts for sale and can provide you with a vast array of information on things to do and see within the area, and how to get there.

Back in the centre of town, the first hotel in Katoomba was erected in 1882 by Mr. Harry Rowell. Known as the ‘Great Western Hotel’, this establishment attracted many visitors to the area. The hotel was sold in 1886 to Mr. F. Goyder who performed major alterations on the building and renamed it "The Carrington" after the reigning Governor. The Carrington underwent a major renovation and re-opened to the public in 1998.

On the north side of the Great Western Highway you is the head office of the Blue Mountains City Council, the Renaissance Centre and The Edge Cinema. The Edge has one of the largest cinema screens in the southern hemisphere. Visitors to The Edge can enjoy a 40min documentary titled ‘The Edge'. This film was exclusively produced for the cinema and offers the ultimate on screen Blue Mountains wilderness experience. This movie takes you to places in the Blue Mountains which you may never be able to discover yourself.

In Katoomba’s North you will find the Showground (on the Great Western Highway), several parks including Melrose Park, Harold Hodgson Park and Burea Park. Off Mort Street you will find the RSPCA animal shelter.

If you drive along Mini Ha-Ha Road you will reach Mini Ha-Ha Reserve and can walk to Mini Ha-Ha Falls within the beautiful Yosemite Park.

Further west in Katoomba along the Great Western Highway is the famous Explorers Marked Tree. Now caged in and sheltered to protect the remains of the tree from weather and vandalism, the tree has the initials of the famous explorers Blaxland, Wentworth and Lawson dated 1813.

Just behind the Marked tree at the top of Pulpit Hill you will see around 20 heaps of stones. It is believed that these mark the graves of convicts who died while working on the building of Cox’s Road. This was also the location of many religious services, hence the name Pulpit Hill.

Katoomba comes alive at night with the many cafes and restaurants in the main street. The only problem is choosing which one you wish to dine in.

Katoomba also features many galleries, with some located on Lurline Street.

Major Festivals in Katoomba include the Six Foot Track Marathon in March, and the Winter Magic Festival in June.

Along the Blue Mountains railway line in 1874, there was an area where stone was quarried to provide ballast. The area was given the name of "Crushes". It was at this point trains stopped to adjust the brakes of the carriages to allow for the descent to Springwood. The name "Crushes" was changed to Katoomba in 1877.

Katoomba is a derivative of the Aboriginal word ‘Kedumba’ meaning ‘shiny, falling waters’ after the natural beauty of the area.

The home of traditional shopping.  It's also a place where history, the arts, breath-taking natural scenery and cafe culture merge, making it a fascinating place to explore at a leisurely pace - on foot. To get the most out of your visit to Katoomba, the principal township in our World Heritage Blue Mountains, we suggest you follow this map.

Click here for more information on the Heritage walk